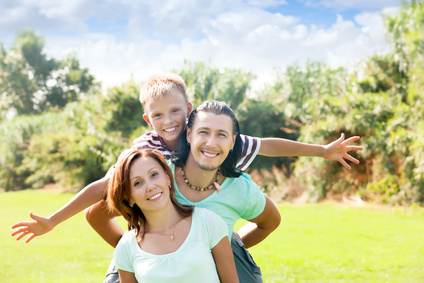 There are two-main grounds alleged in Illinois when filing for divorce: Irreconcilable Differences and Mental Cruelty.

The Law Office of Nicholas Baker believes that clients should be able to educate themselves on the divorce process in Illinois so that they can have a basic understanding of the process that is pursued.  The first step in the divorce process is filing the Petition for Dissolution of Marriage.  This is where a party lays out the grounds and reasons for seeking a divorce.

We’re Here to Help in the Evenings and on Weekends!

Oftentimes, people ask what grounds are needed to file for a divorce in Illinois.  Illinois is what is called a “no fault” state.  What this means, is that you do not have to have a specific reason to get divorced, like adultery or physical abuse—although you may prove these grounds for divorce.  There are two-main grounds alleged in Illinois when filing for divorce:  Irreconcilable Differences and Mental Cruelty.

The main grounds for dissolution of marriage in Illinois are explained in 750 ILCS 5/401: Irreconcilable Differences:  “That the spouses have lived separate and apart for a continuous period in excess of 2 years and irreconcilable differences have caused the irretrievable breakdown of the marriage and the court determines that efforts at reconciliation have failed or that future attempts at reconciliation would be impracticable and not in the best interests of the family.”

The law in Illinois allows for parties filing for divorce under the grounds of Irreconcilable Differences to waive the statutory 2-year separate and apart requirement by signing a waiver of the 2-years and instead living separate and apart for a period of 6-months.  This is the normal process that divorce follows.

Mental Cruelty is the second most common ground alleged when a divorce is filed.  Mental cruelty alleges that the person filing for divorce has been the subject of name calling, derogatory comments and the like that are unprovoked and happen repeatedly over an extended period of time.  The statute, at 750 ILCS 5/401(a)(1) specifically states “That without cause or provocation by the petitioner . . .  has been guilty of extreme and repeated mental cruelty.”

Because of the more urgent nature to dissolve a marriage under Mental Cruelty grounds, the courts do not require that the parties live separate and apart for a period of two-years prior to filing for divorce.  Obviously, proving this tends to be difficult to do, which is why most people file under the grounds of irreconcilable differences instead of mental cruelty.

We Fight to Protect Your Family!

For more information on how the Law Office Nicholas Baker can help get started on filing your divorce, fill out the form on this page or just pick up the phone and give us a call! We’re around to speak with you on nights and weekends and are here to help.