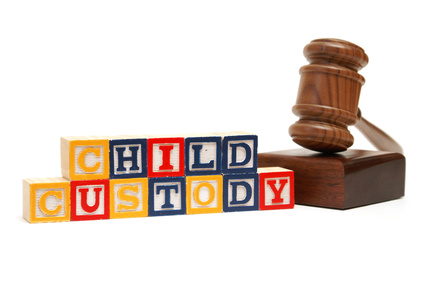 Our office has an extremely high rate of success in custody battles and we fight for you and your family!

One of the biggest topics we get questions about here at the Law Office of Nicholas Baker is regarding custody of children.  Obviously, this is one of the most heated topics in all of the law and parties often are willing to almost anything to fight for their children.  Our office has an extremely high rate of success in custody battles and we fight for you and your family!

Child custody issues arise in numerous circumstances, oftentimes when both parents are actually good mothers or fathers.  However, not all parents are the best at raising children and in these instances, a parent must fight to protect their children.

The Law Office of Nicholas Baker fights to protect your family!

We’re Available in the Evenings and Weekends!

The days of the mother always winning custody are over; the best interests of the children may be with the father as well.  For this reason, fathers need to be made aware that they have the same rights as mothers and should not enter a custody battle already ceding control of the children to the mother, and mothers need to be aware that their lives will be examined too, because the courts no longer automatically favor her either.  Some of the factors that are examined in determining the best interests of the child are laid out in 750 ILCS 5/602:

(a) The court shall determine custody in accordance with the best interest of the child. The court shall consider all relevant factors including:
(1) the wishes of the child’s parent or parents as to his custody;
(2) the wishes of the child as to his custodian;
(3) the interaction and interrelationship of the child with his parent or parents, his siblings and any other person who may significantly affect the child’s best interest;
(4) the child’s adjustment to his home, school and community;
(5) the mental and physical health of all individuals involved;
(6) the physical violence or threat of physical violence by the child’s potential custodian, whether directed against the child or directed against another person;
(7) the occurrence of ongoing or repeated abuse as defined in Section 103 of the Illinois Domestic Violence Act of 1986, whether directed against the child or directed against another person;
(8) the willingness and ability of each parent to facilitate and encourage a close and continuing relationship between the other parent and the child;
(9) whether one of the parents is a sex offender; and
(10) the terms of a parent’s military family‑care plan that a parent must complete before deployment if a parent is a member of the United States Armed Forces who is being deployed.

Custody battles are not easy on anyone involved and it is most important to not let it affect the children or the relationship that either party has with the children.  There are many different avenues to pursue when it comes to fighting for custody of your children and the Law Office of Nicholas Baker will pull no punches when it comes to fighting for you.  We are the only divorce law firm in Chicago that employs on staff a private investigator—we will do all legally possible to make your case as strong as possible.

Your children deserve to be with a parent that loves for them and nurtures them properly.  Fill out the form on this page and get started right now.  Or better yet, pick up the phone and give us a call, we’re available in the evenings and even on weekends to discuss your case.  Don’t wait any longer—your children are depending on you!